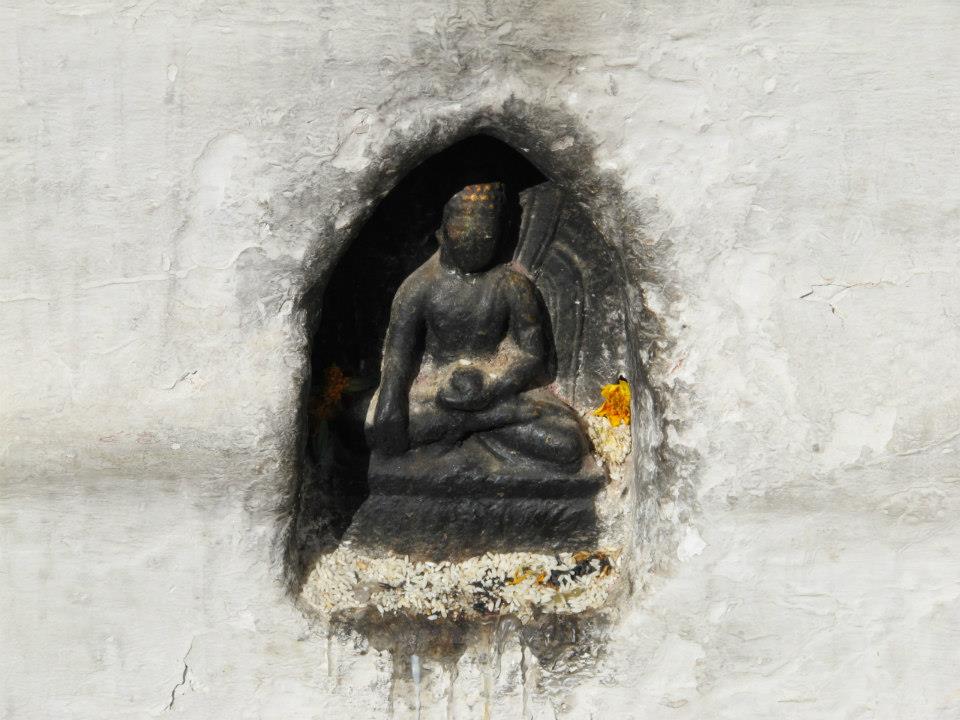 My time in a Buddhist Monastery taught me a lot.  I learned about the very real struggle of Tibetans and the evils committed by the Chinese government.  I learned what it feel like to be a vegetarian and eat so much rice it literally felt as though it was coming out of my pores (seriously I don’t think I touched a grain of rice for 8 months after I returned).  I learned about the workings of a Monastery in a modern world where technology is starting to change many of the traditions upheld.  I learned that while “butter tea” sounds like a delicious treat (I think I got excited somehow relating it to butter beer from Harry Potter), it’s quite difficult to get down.

I also learned a lot about Buddhist philosophy.  I grew up most of my life agnostic but have always been drawn to Buddhism and it’s philosophies that actually make sense to me.  The way it preaches love and compassion as well as understanding the suffering of Samsara.  Look, I’m not going to pretend that I have become a devout Buddhist (I am literally eating a piece of crispy bacon as I write this), but I have decided to continue to learn about Buddhism and apply as much of it’s philosophies to my own life.

Here is Khenpo and I during one of our sessions going over the teachings of Shantideva: 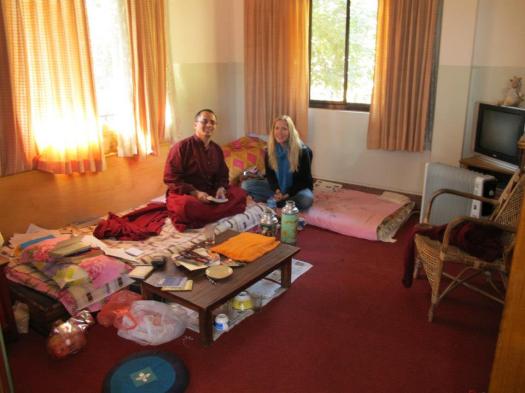 While at the Monastery, I tried to attend as many pujas (ceremonies that are expressions of “honor, worship and devotional attention.”) as possible.  Often pujas are held in the temple, and while I could not understand anything happening, one cannot help but feel something during this spiritual ceremony.  Also, if you are not used to sitting cross-legged, doing it for two hours straight is a challenge. 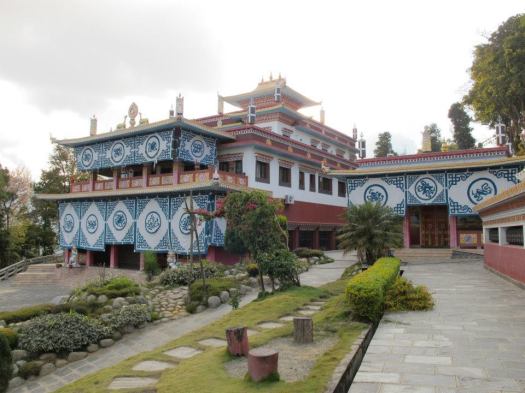 Inside the temple I was seated in the back near the children, as a non-Buddhist but also because I think everyone noticed me fidgeting around trying to stay cross-legged.  What can I say, I’m a rookie. 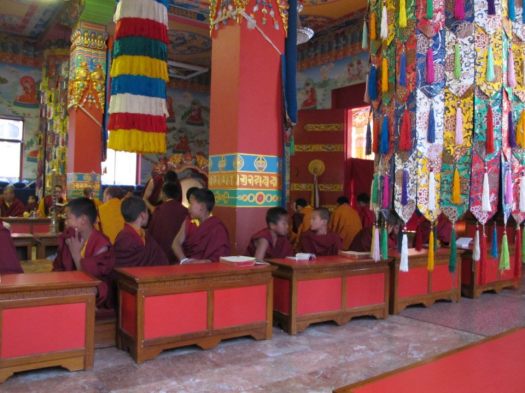 While there were some special pujas during the day, most of them were EARLY at around 4am.  So yeah…I missed most of those.  But there was a very special puja for the Tibetan New Year and everyone said they were so honored to have me attend.  Who could say no to that?  I dragged my butt out of bed because I heard something about tea, only to find out it was more butter tea.  But I had 4 hours of puja to try to be polite and finish the cup. And I did feel honored to be there.  When else would I be asked to join a 4am puja, at a Buddhist Monastery in Nepal.  At this puja I didn’t take photos inside (out of respect because it seemed to be such a special occasion), but here is my blurry photo of the monks arriving for this very special puja (it was 4am-give me a break!). 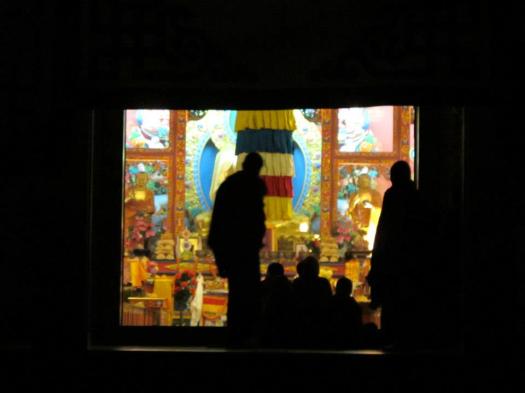 I also need to share the coolest puja of them all.  FIRE PUJA.  Khenpo had mentioned this to me and I got very excited to find out it was a thing and I wasn’t misunderstanding his English (I kept thinking maybe there was a fire drill for the students).  Often pujas are held for people who have passed (I believe it is supposed to help them transition in the afterlife) and Khenpo had recently lost a friend.  That day we hiked to the top of the mountain and there we had our fire puja.  My legs did not hurt at all. 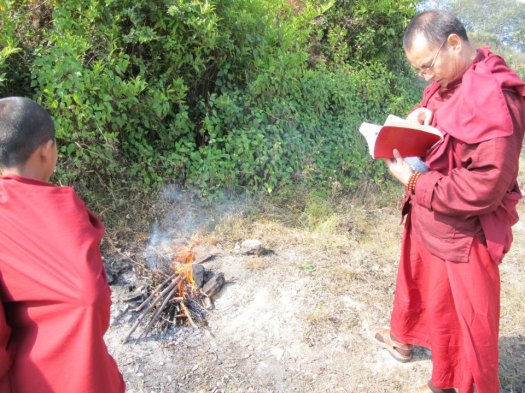