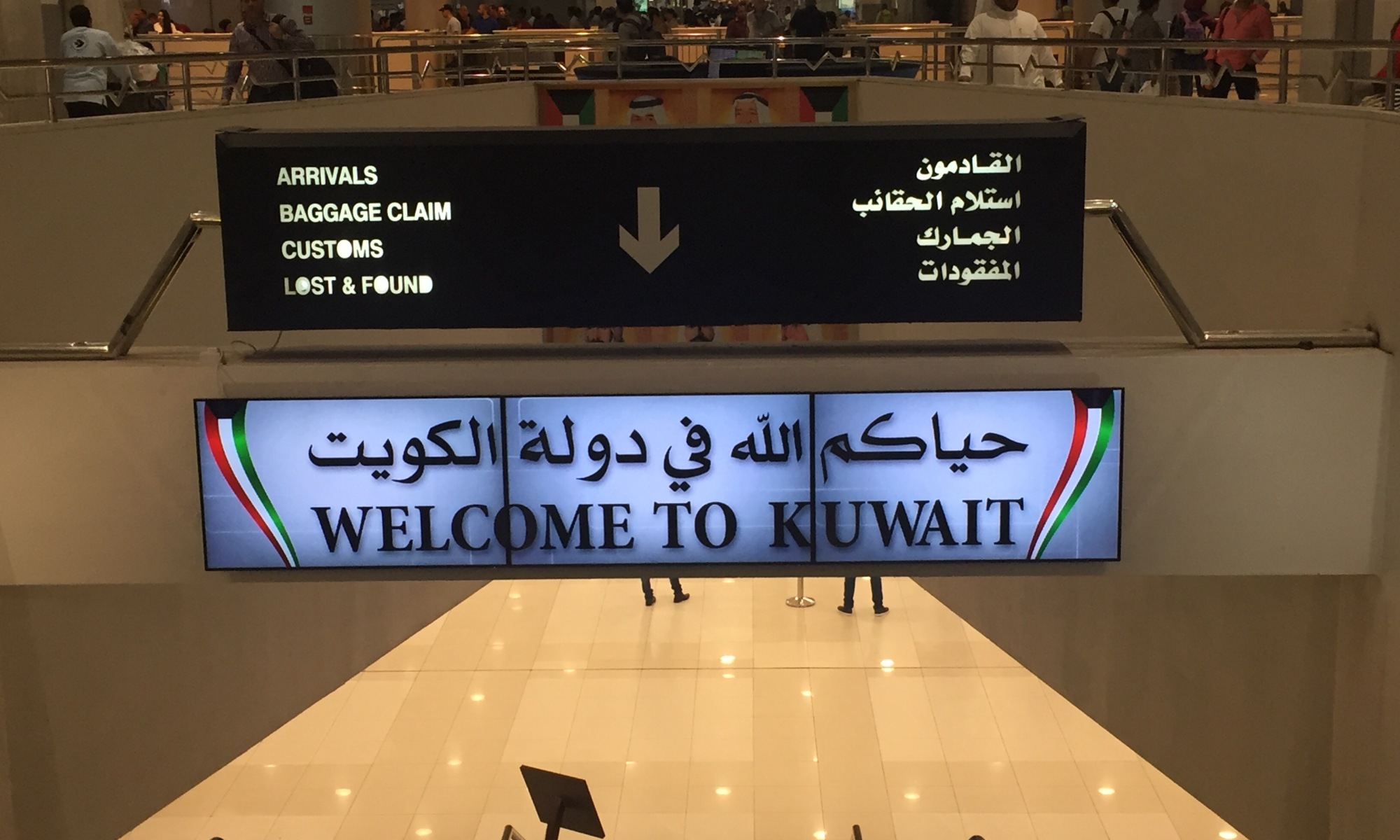 I am on a trip in India right now and when I was planning my departure I decided what better way to start my adventure than a four hour layover in Kuwait.  I am fortunate enough to be traveling with a friend who also has a similar curiosity for the world, and agreed enthusiastically this flight pick was clearly the right decision.  It also happened that a ticket on Kuwait Airlines was much cheaper than any airline either of us had ever heard of or been on before.  This may sound weird but even though there was no chance of leaving the airport, having four hours just to even see the airport in Kuwait brought me great excitement. What would the people be like? Would I have an amazing Kuwaiti meal? Would it be incredibly modern and sophisticated like the Dubai airport? Or perhaps the other extreme… we would land on a dusty tarmac to be greeted by men with machine guns screaming at me that I didn’t have my head covered in a scarf. I googled the airport and didn’t really see much so I packed a scarf in my carry on just to be safe.
It’s worth mentioning that I was incredibly naive about Kuwait Airlines. Before booking a ticket on an airline I’m not super familiar with I like to research the reviews and safety statistics. Everything checked out in terms of safety but I think I still was dreading testing this airline for the first time on a nine hour flight, guessing it just wouldn’t be very nice due to the cheap price. But for the most part it was completely lovely.  It was clean, modern, and the crew was very friendly.  The only thing lacking was the movie selection, unless you are curious about the Kuwait & Bollywood movie scene (which in all fairness catered to the rest of the passengers). Also you should be warned there’s no alcohol on the flight so get that last cocktail before you board! Or as a lovely British woman at the duty free shop at JFK advised, “sneak some in travel toiletry bottles…that’s what I do!” Good advice for next time. 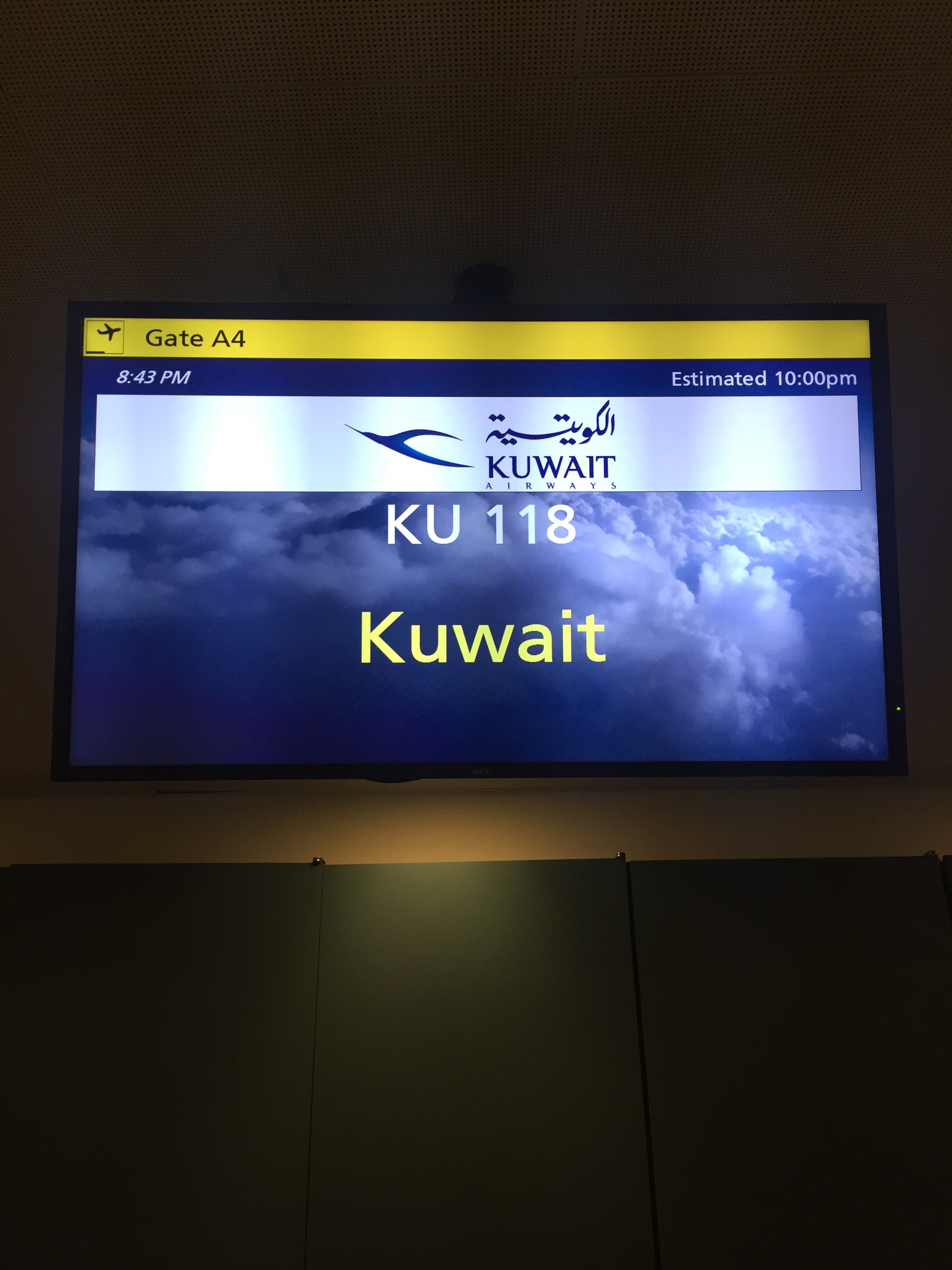 Arriving in Kuwait, although at first incredibly exhausted, gave me an adrenaline rush as soon as the plane landed. Unfortunately departing the plane was a reminder of how waiting and patience is not a virtue of all people.  I am not really a fan of being pushed into repeatedly hoping I would move forward, even though the airplane door has not even opened yet, and the curtain to business class (the way to the exit) is still closed tight. But for some reason there seemed to be a consensus among everyone else that if you shove way up front, you’ll get off the plane sooner. As astonishing as it is to see people behave this way it’s hardly a first. Forgetting how to exit a plane like a civilized human is a quality shared by many cultures.  It seems many people missed the day in kindergarten when they taught “wait till it’s your turn.” I’m guessing these people are horrible at sharing their toys too. 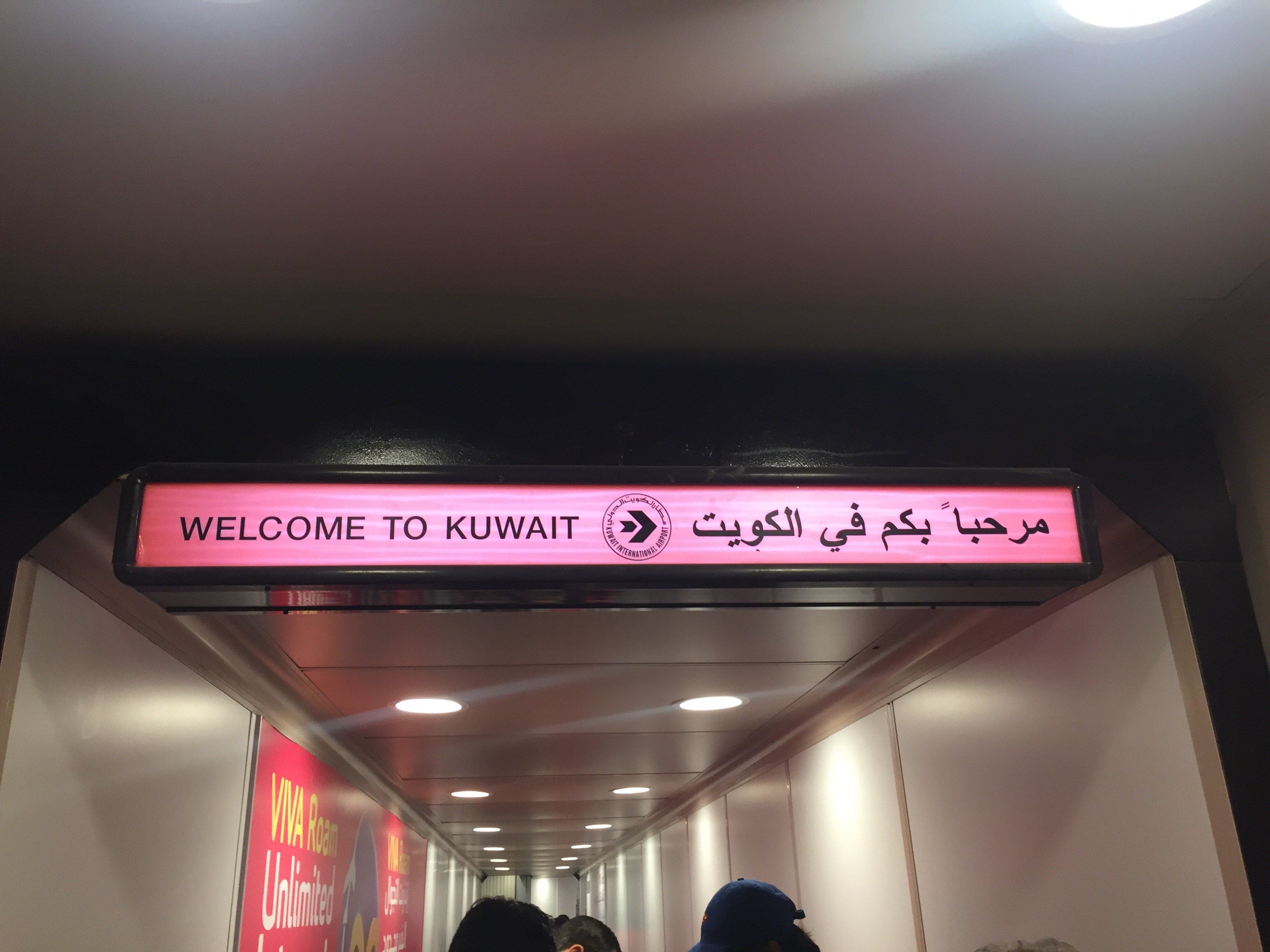 After being squeezed off of the plane I just wanted to explore the airport, have a Kuwaiti meal, perhaps buy a souvenir Kuwait t-shirt, and be on my way to Mumbai. The airport was not the massive futuristic airport that you find in Dubai but at the same time it was pretty modern, however smaller than I had imagined. My friend and I decided to do a quick lap of the terminal to get he lay of the land. There was a huge duty free area and we immediately went hoping to find some sort of ironic I heart Kuwait souvenir. We were disappointed to find nothing and when we inquired were offered this as a suggestion instead:

Not exactly what I was thinking. Very tempting offer but I decided to pass. Next up was the hunt for a delicious Kuwaiti meal. What we found for food options was a bit of a surprise: 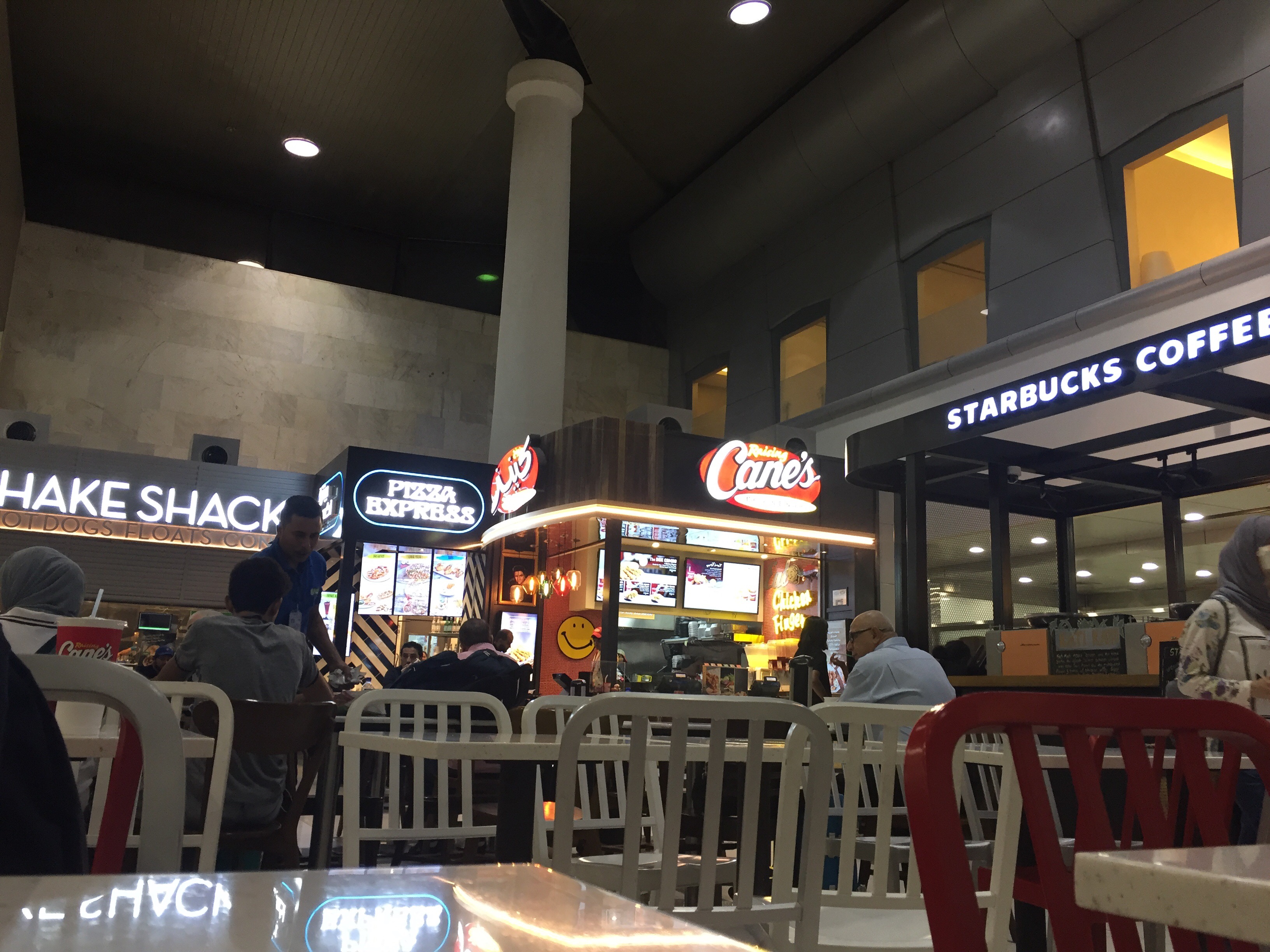 Hmm tough choice here. After enjoying a Starbucks we decided reluctantly to have Shake Shack. It was actually delicious and the interesting twist on the menu was the advertisement of ‘veal bacon’ in their bacon cheeseburger. Finally something authentically Muslim! I really felt like I was in a far off land now…

A few other highlights observed on my layover:

-The incredibly inviting room for breastfeeding with an armed guard (not pictured) sleeping out front:

-The smoking stalls scattered all over the place:

The line to board my next flight was a chaotic mess as well. Although we were third in line to enter the boarding area, by the time we got in around 20 people had cut the line (boarding areas are separated enclosed areas with added layers of security). I am pretty sure Kuwait means “land of those who do not wait.”
Although spending four hours in the Kuwait airport may have not been quite the cultural experience I expected, it was still really fascinating. The people watching alone was worth the trip. It’s also worth noting that all the people I came across who worked at the airport shops and concessions were very friendly and helpful… which is more than I can say for airports in the U.S..  And while I may not have found the souvenir at the duty free area I was looking for, I was able to score a pretty awesome gift to remind myself of the few sleepy hours spent in a jet lagged fog at an airport in the Middle East:

4 Replies to “Kuwait a Minute…”